When Science Ruins Everything

My 16-year-old Labrador-mastiff has cancer and renal failure. Probably because she feels her age and health merit such an indulgence, Macy has decided to no longer go off the trail then stop to poop when we are walking. She just keeps moving and lets it fall where it falls. And this is exactly what happened on our most recent walk. 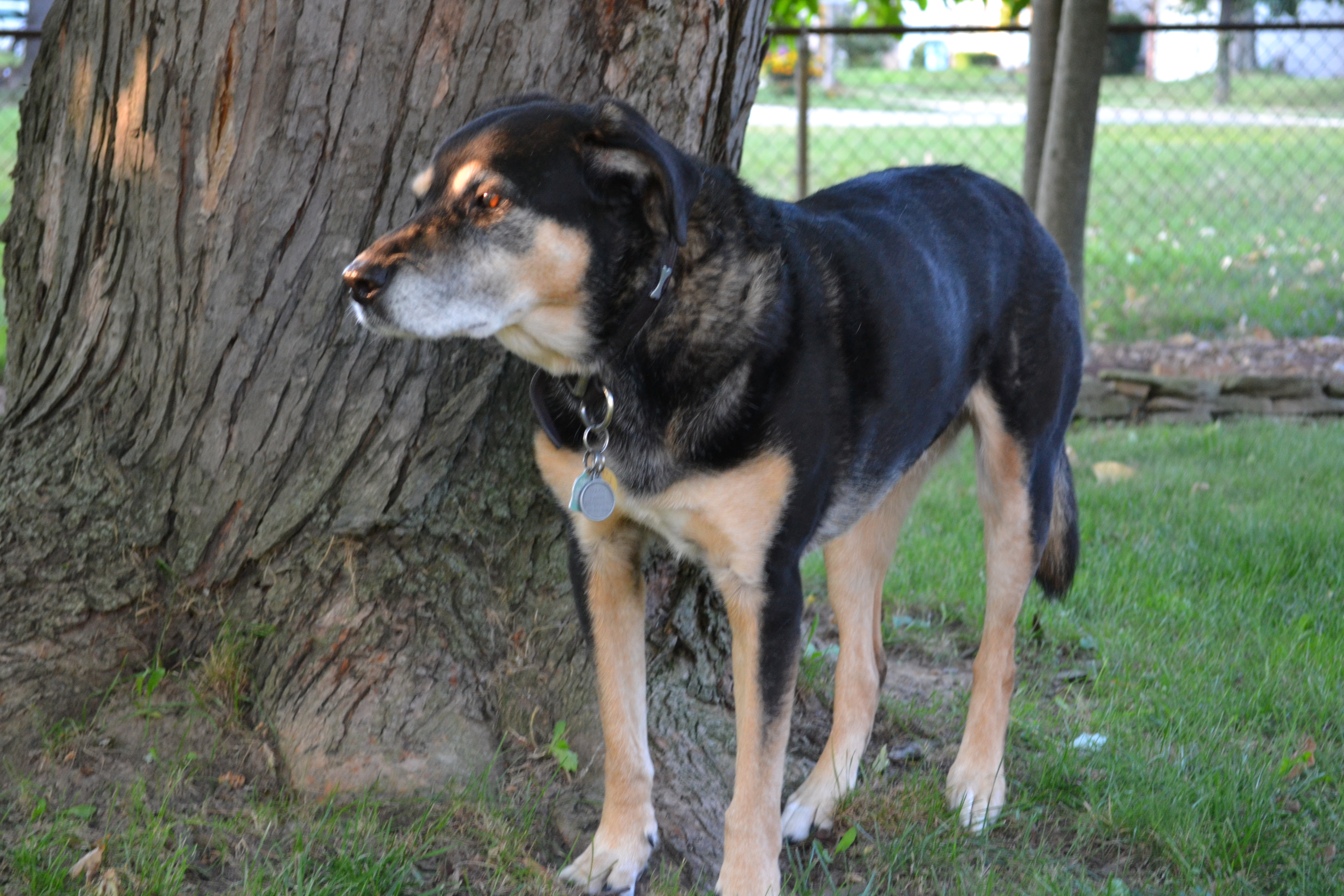 But Macy, despite her age and senility, is still the dog I’ve always known and loved: She refuses to go back the way she came. Whenever we’ve hiked over the last 11 years, she absolutely will not retrace her steps. One must get her to turn around by either planning a loop or somehow pretending to take a loop. Therefore, two nights ago, I could not get her to back up so that I could collect her fecal matter from the trail. She struggled against my pull in the opposite direction, and I had to stretch to make the final scoop.

Knowing that Macy is slowly dying turned this into a special moment–one of those moments that is forever burned into the pleasure centers of our brains. I laughed. It got even better when we rounded the corner, came out from behind some trees, and saw the sunset.

Two tiny horizontal purple clouds hung in front of a big orange ball sitting nearly on the horizon. It could have been an illustration in a children’s book. I stared at the sun for a moment while Macy sniffed.

Then, something in the back of my brain said, “It’s only orange because the atmosphere near the horizon is scattering the blue light so that we only see the reds. Moreover, the sun is probably already below the horizon; the atmosphere is just bending the light you’re seeing so that the sun looks higher than it really is.”

And that was it. The spell was broken. The romance was gone. Science had ruined everything.

Luckily, as I momentarily cursed my astronomy class, I heard the trill of a red-winged blackbird–a prayer bell, reminding me of the heavenly order and the call to a higher self. I could again simply be and solely enjoy being with Macy.

So, I have decided to never study biology. I need some things–like dogs who want to keep going and birds that sing–to remain a mystery.

This entry was posted in lesliecjohnson. Bookmark the permalink.